Lynelle Ellis believes whether sharing the gospel or interacting as a leader there is a common thread: listening.

“We have to be in tune with the people we are speaking to and do it in a way that is meaningful to them and not meaningful to me,” she said of sharing the gospel.

It’s a lesson she teaches her students at Walla Walla University, where she serves as a professor and director of the Center for Media Ministry.

After graduating from Walla Wall University, she learned this herself in her first job as the manager of the then newly formed Blue Mountain Broadcasting Association. The television station is a collaboration of the Seventh-day Adventist churches in the Walla Walla Valley in Washington and Oregon. She realized she needed to convey the love of Jesus and His biblical truths in ways that were meaningful to those who were seeking. 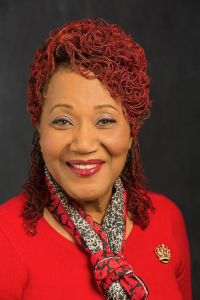 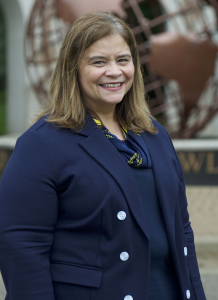 When Dr. Hyveth Williams became the Doctor of Ministry program director at the Seventh-day Adventist Theological Seminary at Andrews University, she saw an opportunity.

Williams knew from her own research and experience that women do not receive the resources they need to excel as leaders. She saw more competition among women leaders caused by limited opportunities and a lack of instruction on how to network.

“I am personally aware of the injury that is being done to 21st century women if we don’t teach them how to collaborate and network, especially in a church where doors are open but only halfway,” Williams said.

In answer to these issues, she created a Doctor of Ministry degree that focuses on “Equipping Women for Effective Leadership.”

“The world has changed and the time will come when more and more women will have to take positions of leadership in the church,” said Williams, who has served in leadership roles for about 50 years. “I want them to really be prepared to be effective and not just doing it as I did with guessing.”

It is the only degree program of its kind in North America in any denomination, said Williams, who was appointed to her role as director in February 2020. She has already received requests from people in other faith organizations to enroll. 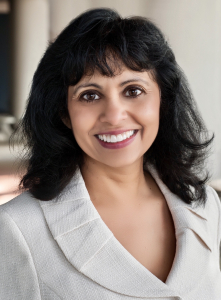 The origins of Judy Leach’s hope, the key factor she wants to impart upon all who enter her hospital, comes from an unlikely source: the death of her beloved husband.

“The circumstances of my husband’s passing puts me in the place to put myself in the shoes of the families of those who are experiencing challenging times,” said Leach, president of Adventist Health Mendocino Coast.

Jonathan Leach, her husband of 29 years, left home five years ago to undergo what doctors said was a “normal procedure” and anticipated his return home within a day. He never came home. What occurred to Jonathan Leach in that midwestern hospital shattered the family as well as the medical community.

In each issue of our newsletter, meet women leaders who share their spiritual journeys, leadership lessons learned, and practical tips for success.